It’s officially the one year anniversary of this blog! Well technically, I registered on WordPress, and made my first post April 29, 2019, which happened to be my review list. At that point, I only had my reviews for God of War and Spider-Man ready to go when I first went live. I’ve got a total of 64 posts (65 now) and I’m super happy with the progress I’ve made in the past year. According to my stats, I’ve had just shy of 3000 views, and around 1500 visitors, which isn’t too bad for my modest little blog. I’ve never been too worried about stats, since this is really just an outlet for me to write, but I still appreciate every single person that visits, reads, or comments on my stuff. I thought about just highlighting some of my favourite posts (maybe I’ll include these at the bottom of this page anyway), but instead, I’ll be doing the Animal Crossing Island Getaway Tag! I first saw this @ LeeksPlays, so feel free to check out her post. I’ve roped my sister into doing this one with me, so you can check out both our responses to the questions below! 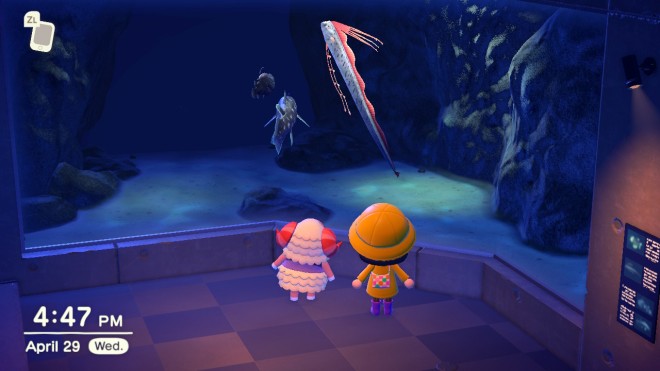 What is your island called? Why did you pick that name?

Meghan: My island is called Windfall! It’s the name of one of the islands from the Legend of Zelda: Windwaker. Not the most original, but I thought the name was well-suited.

Lindsay: My island is called Sequoia. I wanted something more unique, and peaceful-sounding.

What hemisphere did you choose? Is it the hemisphere you are actually in?

The Northern hemisphere! It is the hemisphere that we live in, so this made the most sense to both of us. 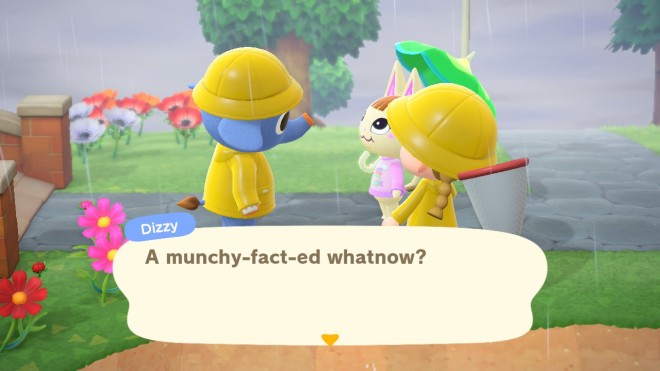 Who is your current favourite resident? Who would be your ultimate dream resident?

Meghan: My current favourite resident is Freckles. Freckles was one of my favourites from New Leaf, and I was absolutely thrilled when I found her on a Mystery Island in New Horizons. I’m also in love with Dom and Sylvana. I would love to see some of my old New Leaf residents back – they’re my favourites and I need them back in my life. I’m looking for Eunice and Rod right now, so they’re the dream team. 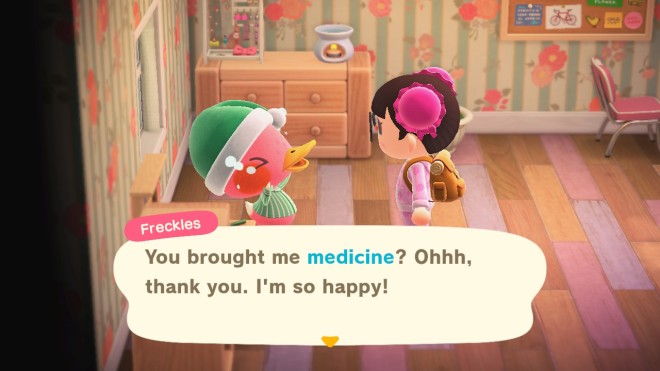 Lindsay: my current favourite is Kevin pig – always. He has a fun personality and he’s one of the less obnoxious jock-types. Tia is my dream resident, because she was so sweet and lovely in New Leaf – I always wanted her back. 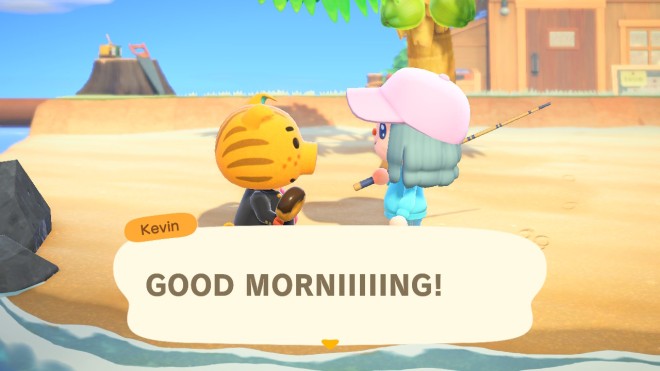 What can you not do on your island that you wish you could?

Meghan: My only major complaint at this point is the lack of customization options for certain items. Some are locked in colour, and unique to each island (for example, my streetlights are black, while my sister’s are white) and I wish this was changeable. I hate that I FINALLY obtain certain items (like the stand mixer) only to find that it’s not the right colour, and not customizable.

Lindsay: I wish I could change the island layout more – like the beaches and the river mouth.

Favorite season in-game, and why?

Meghan: Hard to choose! I love the cherry blossom season, because everything is so pretty, but fall and winter were always my favourite in New Leaf because of all the extra stuff to do! We’ll have to see how these seasons shape up in New Horizons.

Lindsay: Since we’ve only had the cherry blossom season, I can only speak to that one. I can’t wait to see the fall season because of the beautiful colours, and the events that happen around that time.

If you played New Leaf, what do you, miss from that game that you wish had been taken across to New Horizons?

Meghan: I miss the mini-games on the Island. My sister and I would go to the Island and play these games (like Hide and Seek or the fruit maze one) for medals, just to have something to do together in the game. These games aren’t in New Horizons, and I miss them a lot. I think it would be nice to have something concrete to do with visitors – I think they should bring these games back in a future update!

Lindsay: I feel the same. I miss going to the Island to play the mini-games with friends, or even by myself. I also miss the unique bugs and fish on the Island that were there all year-round. 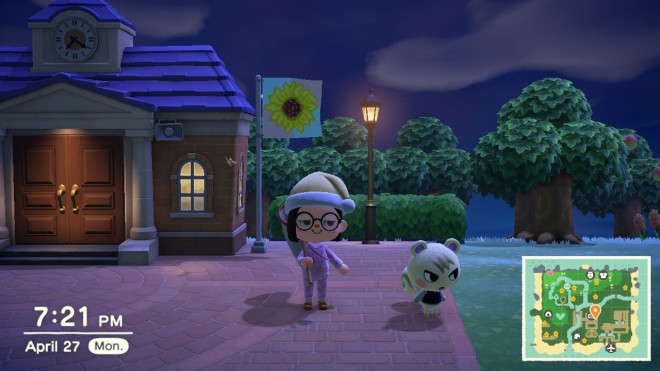 Lindsay: Spring Blossoms is my favourite!

Meghan: I think I’m with the majority when I say Celeste – she’s adorable, and her love of stargazing is so wholesome. I’ll also say Blathers, because his hatred of bugs is #relatable. Some of his descriptions of the bugs, fossils, and fish are hilarious. If you don’t let him give you the background information on your donations, you’re a monster.

As I said in the beginning, a massive thank you to my fellow bloggers for reading and commenting on my content! Hope everyone is safe and healthy! And feel free to participate in the Animal Crossing Island Getaway tag. Wrapping up: here are some of my favourite posts from the past year, to anyone interested:

What Remains of Edith Finch review

The Philosophy of Ocarina of Time

My Life in Games