So, I drafted this post a few weeks ago, when the world was, well, normal. But I think it actually rings better now, with so many countries in the world on lockdown because of the Coronavirus. I’ve always thought about games as a vehicle for bringing people together – of creating a space for shared experience, and generating common ground where otherwise, it might not exist. For everyone currently at home, self-isolating, or quarantined with their families, I hope you can create a moment of brightness in your day by sharing a game with your loved ones – online, or in person, whichever you can do. It’s a great time to get into (or get someone else into) gaming, just for a few hours of pleasant escapism when the world is in such turmoil. I hope everyone is staying safe, healthy, and relatively sane!

These last few weeks, all my sister and I have been talking about is Animal Crossing: New Horizons – we brainstormed island names, and discussed what we’re looking forward to the most. We would send memes to each other on Messenger daily. It’s funny, because my sister wasn’t really in to Animal Crossing until the mobile version, Pocket Camp, released. Eventually, I convinced her to get a secondhand DS, and give New Leaf a try. Now, we’re both huge fans – we play together, and get to share these experiences with one another. In the broader scheme, this got me thinking about how I got here (not in the existential sense). These conversations lead me to thinking about gaming in general, as a hobby, and how I’ve spent so many years of my life dedicated to this pastime. In keeping with this line of thinking, pokeninja from Blerdy Otome also tagged me in a post, where she talked about 5 games that have had the most significant impact on her life. All through this spiral of thought, I’ve been considering what drove (and still drives) me to play video games, and how they’ve impacted my life.

When my sister and I were kids, no more than 7 or 8, we had a shared desktop computer, with the DOS operating system. Our dad bought us a game to play – it was called Fatty Bear’s Birthday Surprise. It was a fantastic game. There were some fun little mini-games, light puzzle elements, and a fun premise. You’re Kayla’s teddy bear, and it’s your job to bake her a cake, and organize a birthday surprise before she wakes in the morning. My sister and I loved that game – we played it all the time. Then we upgraded to Microsoft Windows. The game didn’t work anymore. My sister and I were quite devastated (ah, to be a kid again). So my dad wrote a letter to the company that made the game – he explained that his kids were huge fans of the game, and that it didn’t work on Windows – did they have a solution? Turns out, they did. They sent my dad a new copy of the game, one that was compatible with the new operating system, and thanked us for playing.

I try to imagine this scenario happening now, today, and I don’t see it. Which is fine. This is a nice memory of a time when gaming was a vastly different landscape than it is now. But these kinds of experiences got me into gaming in the first place, and definitely lead me to where I am today – still playing. I haven’t outgrown the hobby (despite being ancient now, in my 20’s) nor do I think that will happen any time soon. I love the shared space that video games have created for me, and my family, and friends. They’ve allowed me to relate to people in ways I couldn’t before, or spend time with someone doing something we both enjoy. This is probably the aspect of gaming as a hobby that I love the most. Regardless of age, ability, or genre, games have given me these shared experiences that I will forever be grateful for. So, without further ado, here are the 5 games I feel have had the biggest impact on my life.

The Legend of Zelda: Ocarina of Time

I know no one wants to hear me talk about Ocarina of Time again, but I can’t talk about impactful games without this one. I would generally regard Ocarina of Time as being the one game that truly got me into the hobby – it struck such a chord with me. The landscape seemed so vast, with secrets hidden in every corner, waiting to be discovered. I remember playing at the same time as a boy in my second grade class, whose older brother had (allegedly) already beaten it. We would talk in class, ask each other for advice (how did you get past this part?) and compare notes when we discovered something exciting. I wouldn’t end up beating Ocarina of Time until I was almost in high school – years after those conversations. This game was a constant part of my life for so many years, and I kept returning to it until I had it completed. The visuals, the story, the gameplay – everything had me riveted, for literal years, and I could easily consider this my favourite game of all time. I can’t think back on my childhood years without this title coming to mind.

Myst was a bit before my time, but my dad used to play this. My sister and I were so small, we would sit on his lap while he explored the island, and tried to solve its notoriously difficult puzzles. He would humor our questions, and terrible suggestions (just swim away – what do you mean you can’t go in the water?) and even let us click around. I’m not sure why this game was so enthralling, but I think it was because of the imagination it sparked. Obviously, I didn’t understand that set spaces and events were programmed – I often wandered the island, hoping to encounter another person (Myst is a deserted island) or find something that had changed. I loved watching my dad play this (it was significantly less stressful than watching him play Wolfenstein, which often lead to my sister and I running away screaming) and eventually played it myself. I took notes in a book, and was able to beat it after some internet-walkthrough consulting for one particular puzzle. This game brings back memories of my childhood, and sharing those moments with my sister and dad.

I don’t think there’s another game that I’ve sunk more hours of my life into. Genuinely, I’d be afraid to see how much time I’ve spent with The Sims (1, 2, and 3). I was first introduced to the game by my cousins – they had a particular sim that we played around with for a while – she ended up peeing herself and falling asleep in the bathroom during a house party, and I’d never seen anything so wild. I immediately bought the game for myself, and continued on with the series as the expansion packs and sequels released. Controlling a person through their life – their job, relationships, money management – sounds quite dull, but The Sims manages to make it a laugh. Some of the wild stuff you can get up to, with the pool-sans-ladder, ghosts, getting struck by lightning, and various other methods of trying your Sims, a generally mundane game becomes hilarious quite quickly. I love introducing people to this one as well – whenever I explain the concept I usually get the response “well that sounds boring.” And then, 3 hours later, when they’re still in Create a Sim, I just nod smugly. With clever, witty writing, and an endless list of things to do, The Sims is one of my favourite franchises of all time. 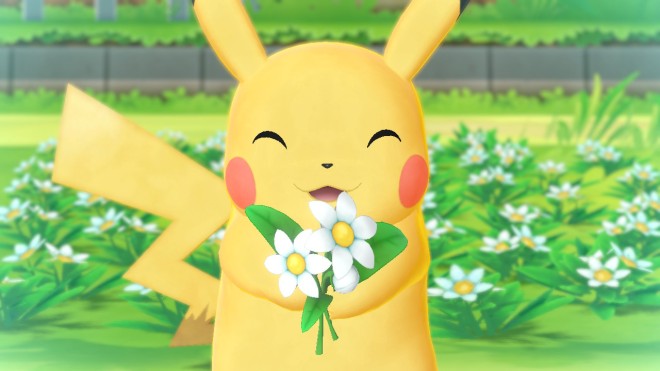 I feel like a lot of people got into gaming with Pokemon, so this one is pretty self explanatory. I’ve been playing Pokemon my entire life – all the way from Red/Blue in 1998, to Sword/Shield in 2019. I’ve grown up playing it with my sister, and friends; I’ve even become interested in the competitive (VGC) scene. I adore these games, and every team that has carried me through the Gym, and Pokemon League challenges, all the way to the Championship. I can’t imagine my “gaming” life without this series in it.

I talked pretty extensively about the reason I got into Dark Souls in this post here, so I won’t go into as much detail – but Dark Souls really changed my perception of my own capabilities in video games. This game taught me to pay attention to my surroundings, to be patient and methodical, and most of all, to appreciate the depth that a game can reach in terms of storytelling and execution. It taught me that persistence is the key to success. I’m a lot more confident now, tackling games that are considered “difficult” or even playing games on harder difficulties just to challenge myself. Dark Souls was a huge part of my life for the past decade – I’ve made friends online, and in real life, playing and talking about this title. I’ll forever be glad that I took the plunge, and gave this game a shot.

It was really hard to narrow this list down to 5 choices, but here we are. So many games have had a huge impact on my life, in a lot of different ways. Whether it was playing through the campaign of Halo: Combat Evolved on a weekday night with my dad, or getting my ass kicked by my mom in Doctor Mario, I can’t imagine my like without games. I don’t think it’s something you outgrow. It’s funny how the tables have turned, where my parents watch me game now – if you asked my mom who her favourite video game character was, I bet you she’d say Arthur Morgan. I would get up early on weekend mornings to play Red Dead Redemption 2, and she enjoyed watching the game as much as I liked playing it. Or, when I played God of War, and my dad suggested I swing my axe at the kid (Atreus) “just to see what would happen.” What happened was Atreus asking “Why would you do that?” in a very hurt tone, while my dad laughed his ass off. Good times.

I think it’s especially important, in times like these, when it’s hard to maintain a sense of normalcy in life with the COVID-19 pandemic, to be able to share these moments. Games can be such a fantastic means of connection, and fun. Just recently, my sister and I (we’re both off work) re-discovered Fatty Bear’s Birthday Surprise on Steam. It was silly, and a little sad, to replay the game we loved so much from our childhood – but we had a blast doing it, just like we did back then. And now, we’re both committing a lot of time (too much, probably) to our islands in Animal Crossing: New Horizons, constantly comparing DIY projects, new bug or fish catches, and adorable things our villagers do. I wouldn’t change this for the world. I better get back to it now – there’s always something new for us to discover!

I’m not going to tag anyone for this, but feel free to create your own list of games that have had the biggest impact on your life, or share your thoughts in the comments!

18 thoughts on “My Life in Games: Top 5 Most Impactful Games”